Las Vegas is the perfect home for internationally renowned tropical salsa sensation Marc Anthony, who returns to Zappos Theater at Planet Hollywood on Sunday 15th September 2019 as part of his Opus Tour! The tour supports the release of Anthony's recently-released album of the same name (his first in six years) and signals a return to the classic sound that brought him popularity 25 years ago! Not only does Anthony hold two Guinness World Records, two Grammy Awards and six Latin Grammy Awards, but he's also one of the highest-grossing touring acts of the past year, so don't hesitate to make sure you get your hands on some tickets! 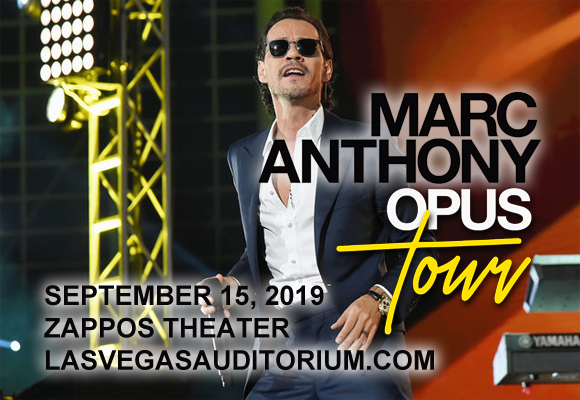 "Few artists balance the rigorous standards of salsa with the forward-thinking thrills of pop quite like Marc Anthony. The numbers prove that out, and some two and a half decades since Otra Nota signaled his arrival as a salsero, he remains one of the genre’s most enduring superstars." – Apple.com